The funeral industry became one of the most important markets during the last few years. The industry’s worth in society remains essential, especially during this pandemic.

The growth of this industry lies in the worse event in the world: the COVID-19 virus’s death toll. As more people in the US succumb to the virus, more people spend money on the industry. This has brought an enormous toll on many funeral workers, with some working 24-hour shifts. This is why many experts believe that the pandemic has disrupted many operations, despite the small growth margin. We will delve into how the virus has disrupted the funeral industry and what the sector does to control it.

The industry is valued at $16 billion in the US; it’s expected to grow by a small percentage in the next couple of years. Many think that the industry will increase by a ridiculous amount because of the fatalities caused by the pandemic. This isn’t entirely the case.

The number is expected to plateau and return to normal next year. Funeral homes are receiving double to triple their workload, which isn’t necessarily a good thing. This exerts more work and overtime pay among many companies in the industry, which tends to be unhealthy in the long run.

The tremendous workload is leading many funeral homes into desperation. Many have reportedly worked for more than 24 hours to meet demands, with some funeral homes reaching their monthly quota for many months ahead of their yearly operation. This is a severe problem for many funeral homes, and despite the growth in revenues, many owners believe that it’s not worth it. Work at home policies is also disrupting the industry. It’s hard to implement such policies in a funeral home, but it’s possible to do mainly administrative tasks.

Forcing to meet demands can be an unhealthy prospect for any industry in the world. You’re given a choice to either expand your operations and take a considerable risk that you can sustain them in the future or keep on with your current plans, albeit with tremendous pressure on your human resource. Both aren’t easy choices to make because they come from a temporary problem. It’s expected that the funeral industry won’t receive this much demand once the pandemic has been normalized. Now that vaccines are available in many states in the US, the normalization is coming faster than we think.

Traditional Funerals Are Being Tested 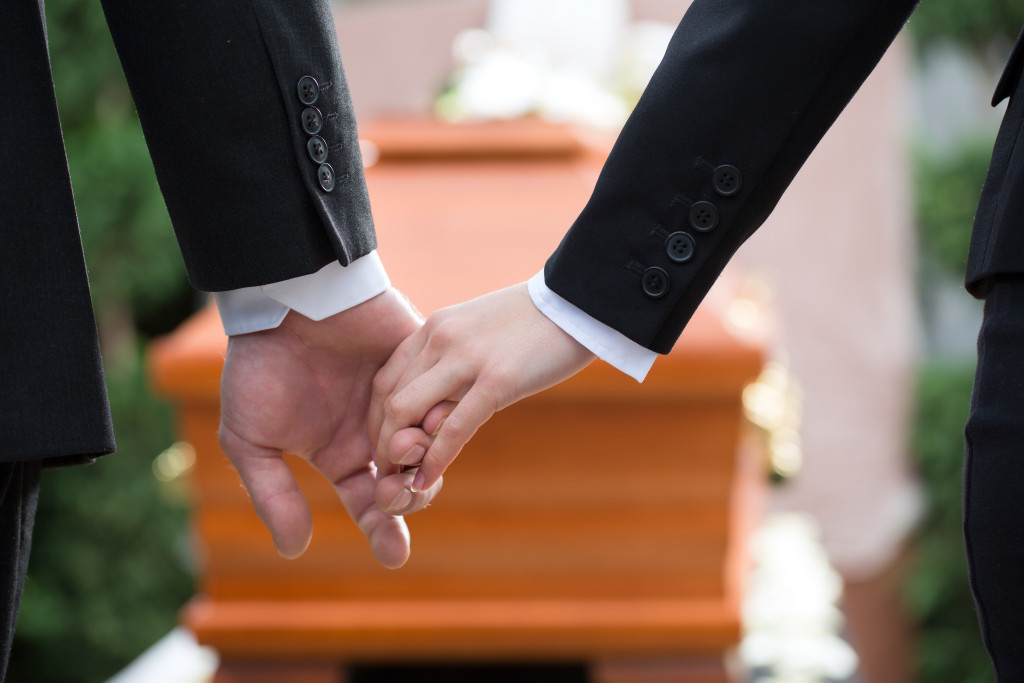 Setting a traditional funeral is near impossible this year, hence slashing off the revenues that funeral homes gain from it. This balances the growth of the industry when it comes to demand. But it certainly makes sure that the industry is disrupted entirely.

These problems and more are forcing the industry to change and adapt to the given scenarios. Here are some ways the funeral industry is doing that.

The pandemic has forced the industry to go online when it comes to its services. One of these services is online memorials.

Nobody thought it would become the norm, but for many of those who passed away due to the virus, online memorials are being held. These memorials follow the same process as any traditional funeral, but this time it’s all seen digitally. Paying respects is also far less intimate but still respectful, nonetheless. Many people think that at least there is still a memorial being held for the deceased person. However, this is not the only transition to online that exists in the industry. Many funeral homes are forced to build their websites to accommodate clients.

Many funeral homes have built their websites this year with prices on their services. There was a demand for transparency on their prices, so now these websites have a list of the fees. This makes the cost of services more streamlined, giving clients a more informed decision and easy comparison to other funeral services out there. Once the client has made up their mind, they can arrange the funeral through the website.

The funeral industry is also now offering more modern ways for memorials. The industry is currently looking into using laser engravers for etching on granite memorials. Before etching a name or a couple of words into granite takes a long time, but funeral homes can now do it in a couple of minutes with this revolutionary technology. Add in various software that can help with the designing, and you have an autonomous mechanical process that only needs a singular person to do it. It’s excellent for funeral homes that are looking into reducing their human resources. The programming of each project can also be done in the comfort of worker’s homes.

The funeral industry is certainly disrupted because of the pandemic. It used to be an industry that held on its traditional roots dearly. But today, changes in the industry are keeping it alive. Only the future can tell whether if these changes are healthy or not.