The global pharmaceutical market is considered the most profitable among all industry sectors, which is currently priced at $1,250.24 billion and is expected to grow even more in the following years. This should no longer come as a surprise, considering that more people are prioritizing their health and treating their illnesses through the endless discoveries in medicine.

Medical innovations have truly revolutionized the world as people knew it. There was a time when diseases like peptic ulcers can only be treated by surgery but now would require no hospitalization because they can be treated with antacids and oral antibiotics. This improvement in medicine allowed healthcare to become more accessible and more convenient for the people.

But how exactly are drugs being developed by pharmaceutical companies? Most people are oblivious to the rigorous testing, lengthy processes, and high costs that characterize the development of the drugs they can easily buy from their local pharmacies.

An Overview of the Drug Development Process

It’s not uncommon for everyday consumers to be unaware that developing a new medicine can take at least 10 years because of the rigorous processes from initial discovery to commercial manufacturing. Or that it takes an average cost of $2.6 billion to develop a drug, which can ultimately fail because of complications during the trials.

To help you better understand the complicated process of drug development, here is a quick crash course on the stages that a new drug undergoes before it can be approved by the U.S. Food and Drug Administration (FDA) for commercial distribution:

To be able to make a viable solution, the first step would be to identify the problem. In this step, scientists will begin to understand the complexities of the disease they want to cure. During this stage, they will select a gene or target and the compound that can potentially alter the genetic composition of the disease. 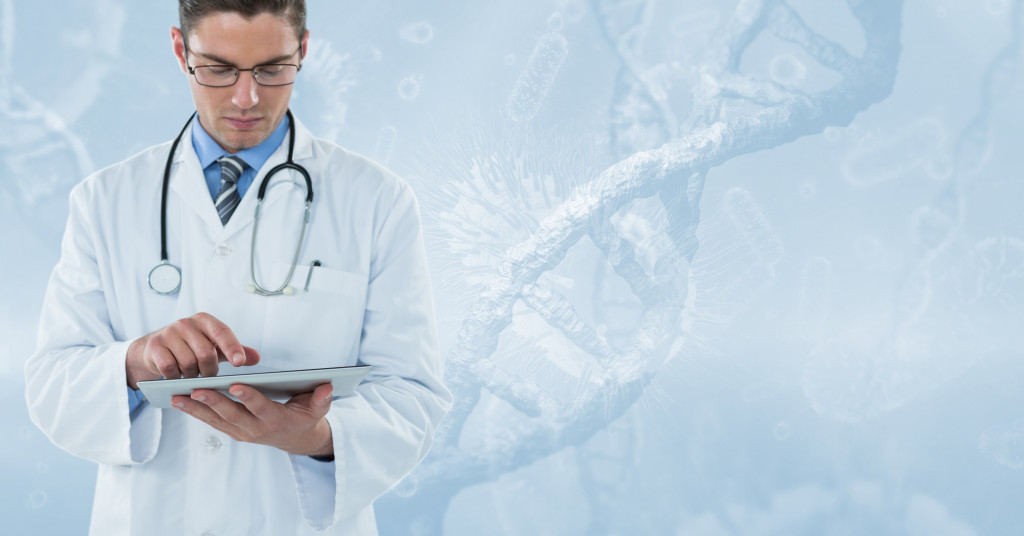 After identifying their compound, the medical researchers will conduct safety and efficacy tests on computerized models, cells, or animals. This will allow them to gather enough preliminary research to be approved for human testing in clinical trials.

Among the most effective preclinical testing methods is using in vivo pharmacology services, where the compound will be tested on mice because their genetic, biological, and behavioral characteristics resemble humans. This makes them the perfect test subjects during the drug development process because the symptoms of health conditions can be replicated in mice.

At this stage, pharmaceutical companies apply for their compounds and molecules to be patented. Doing so will allow them to own the intellectual property rights for the compound, which can help them recoup the costs of the drug development when they finally generate a profit.

Third Stage: Phase I to IV of Clinical Trials

Once the medical researchers have gathered enough data and their application for the clinical trial has been approved, they can continue with Phase I. The first phase will begin with a small group of 20 to 100 healthy volunteers to test the safety and pharmacology of the drug after the preclinical testing.

Phase II will be conducted on a larger scale, usually 100 to 500 people who have the medical condition that the drug was intended to treat. During this phase, the researchers will identify the most effective dose, method of delivery, and dosing interval for the drug. Many compounds can fail during this phase because they can turn out to be ineffective, unsafe, or have harmful side effects.

The compounds that do pass Phase II will move on to Phase III, which can involve 1,000 to 5,000 volunteers across international testing sites. This is done to reconfirm the findings from Phase II and identify the drug’s overall risk-benefit before being approved by the FDA.

If the researchers can generate enough sufficient data on its safety and efficacy from their preclinical and clinical trials, they can be authorized for commercial distribution by the FDA. However, there may be instances where the FDA will require a Phase IV clinical trial to be conducted on specific demographics, like pregnant women, to further ensure the drug’s safety and efficacy.

After all the rigorous drug testing that can take upwards of 10 years from start to finish, the newly approved drug can now be manufactured and marketed for commercial distribution. This is when pharmaceutical companies can gain back all the money they spent to develop a new drug.

It’s still a wonder how the medical and pharmaceutical industries continue to make progress, knowing how many resources it takes to produce a single drug. However, because of humanity’s never-ending pursuit for answers and knowledge, it’s safe to say that the future will continue to become more promising than the past.