There’s this saying that goes, “First impressions last, so make them count.” If you’re an entrepreneur, you might be living by this statement. In a highly competitive world of business, giving out a powerful image is highly critical to the success of your business. It can either make or break a deal, as well as attract or repel potential clients.

Surprisingly, one of the things that can leave a good and lasting first impression is none other than your daily companion on the road: your car.

Aside from being the greatest attention grabbers, cars are considered to be the most reliable representation of your personality, according to psychologists. Entrepreneurs, in particular, tend to purchase vehicles that best identify themselves or be able to make a statement with. A survey done among 116 C-level executives revealed that 76% of them believe that their cars “say something” about them.

While most individuals get unconsciously attracted to a particular type of car, some business owners tend to purchase one intentionally. For instance, young entrepreneurs often lean toward sports and trendy cars such as Porsches and Ferraris, believing that these vehicles can make a good impression on their clients and investors.

But regardless of the intent, cars surely do play a part in forming your image and building your brand.

So what does your car say about you?

Here are some interesting facts about certain types of cars and what they can reveal about your personality:

If you’re driving a Lexus, a BMW, an Audi, or a Mercedes-Benz, you can bet that most people will assume that you’re the boss at work, raking in tons of money. Successful entrepreneurs often prefer high-end luxury vehicles to showcase their lavish lifestyle, unconsciously or not.

Experts argue that having a luxury car makes business owners feel more successful and confident, while the color black gives them an extra sense of luxury. Such a positive feeling can be highly beneficial in impressing potential investors and clients.

Entrepreneurs also prefer to revamp the car’s interior to make it look fancier. This includes installing new leather seats, upgrading to the latest car stereos, or having the most advanced in-car digital entertainment there is.

But some most prominent global billionaires aren’t keen on joining the bandwagon. For instance, instead of splurging on million-dollar vehicles, Facebook CEO Mark Zuckerberg owns a black Acura TSX, a car that is valued at just around $30,000. He also drives a Volkswagen GTI, which is of similar value. The same goes for Alice Walton, the Walmart heiress who was once recognized as the wealthiest woman in the world back in 2017. Walton drives a 2006 Ford F-150 King Ranch, which is valued at around $40,000.

It is no surprise that red sports cars represent thrill-seekers, go-getters, and attention-cravers; the flashier the car, the better. Several studies have shown that red cars and sports cars are the top targets of thieves.

But what’s more interesting is that entrepreneurs driving such vehicles are said to be financial risk-takers, according to psychologists. Red sports car owners also tend to value the look and dynamics of the ride more than the elegance of it, which can spark a conversation with potential business partners who share the same interest. 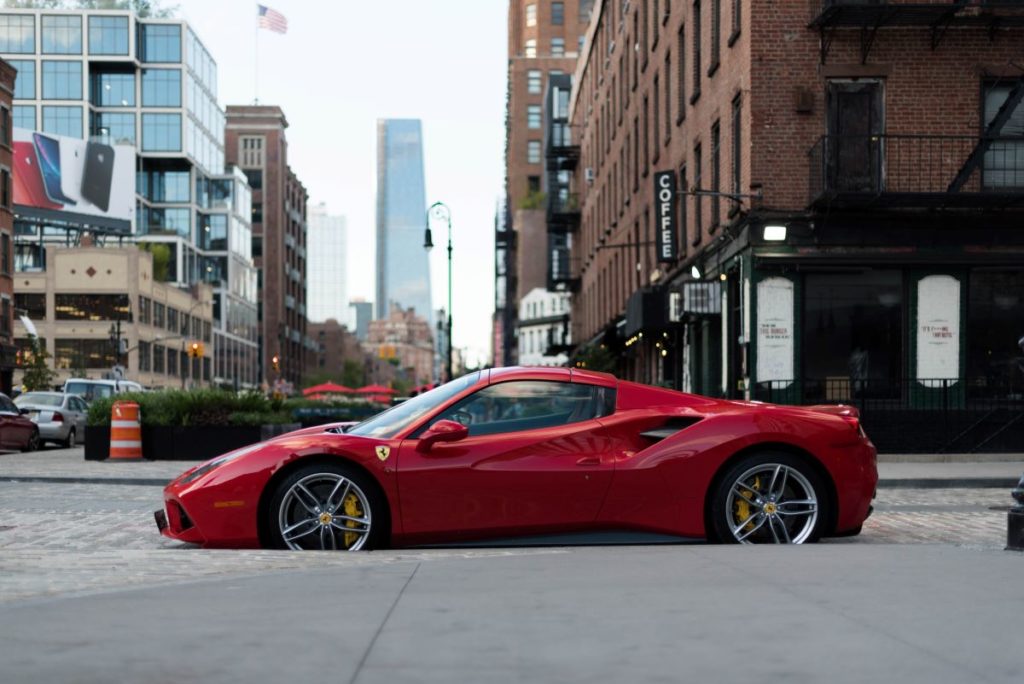 Research about personality types shows that entrepreneurs who drive small cars are more concerned about the environment than other drivers. They are committed to helping reduce air pollution and improve environmental sustainability, thus their car choice. Meanwhile, those who prefer green vehicles are known to be nature lovers.

Mid-sized cars and SUVs give off the impression that the driver has a family with small kids at the back. Entrepreneurs who own an SUV are known to be family-oriented individuals, prioritizing the safety and security of their loved ones on the road. They are also regarded as people who are slowly attaining success in their business ventures and can handle both family and work matters harmoniously.

4x4s appear tough on the road; the same goes for the driver. Research shows that the dominant personality trait among off-road drivers is aggression. Entrepreneurs who drive these cars want to boast their authoritative status, even on the road.

But this isn’t always the case. Some psychologists say that insecure men are more prone to buying bigger and bolder cars to boost their lacking egos and masculinity, making them look more macho. The bigger the car, the more powerful they feel, especially on the road.

Cars have become a necessity, especially for entrepreneurs. While cars aren’t the only factor in attracting potential clients and investors, they certainly do matter in enhancing your brand and building your network. So the next time you purchase a new ride, choose the right one that defines you best.