The Big One: How Businesses Can Prepare for a Destructive Earthquake

A “big one” is coming. Experts have been warning about a really strong earthquake, one that will bring destruction to the Pacific Northwest. It is no longer a matter of if, but when.

A few years ago, a story in The New Yorker sounded the alarm on the Cascadia Subduction Zone (CSZ). Titled “The Really Big One,” it recounted the devastation that will happen if the geological hotspot produces an earthquake that can reach magnitude 9.2 — stronger than the 2005 shaking that hit Japan, causing a tsunami that killed more than 18,000 people and triggered the meltdown of the nuclear power plant in Fukushima.

If the CSZ moves, which some experts have been predicting might happen sometime in the next 50 years, it will send terrible shocks that will be felt from California to Canada. It will also send a seven-hundred-mile wall of seawater to the coast of the Northwest.

By the time the earthquake has subsided and the water has receded, the entire region will be unrecognizable. Buildings will collapse and thousands will die.

It is a scary scenario and, although no one knows when it will happen, experts are sure that it is coming. The public has time to make preparations to at least minimize the devastation that the earthquake will cause.

Businesses should also begin planning for the arrival of “The Big One.”

The easiest but, perhaps, the most crucial step for all businesses when it comes to preparing for an upcoming natural disaster is to start storing data safely. Companies should invest in business continuity software and off-site servers to save data from disappearing.

After the earthquake, when the nation is starting to rebuild again, your data will be safe, It will be easy to recover your data and return to normal operations.

All businesses should be backing up their data anyway because, even if “The Big One” does not occur until the next century, there are plenty of other natural disasters to prepare for. As extreme weather conditions become yearly events, it is best to have a plan to mitigate the impact of any possible calamity.

The building codes in place are designed to ensure that it would not collapse and kill the people inside it. But, in addition, businesses should make an effort to remove potential hazards in the building that can harm employees. 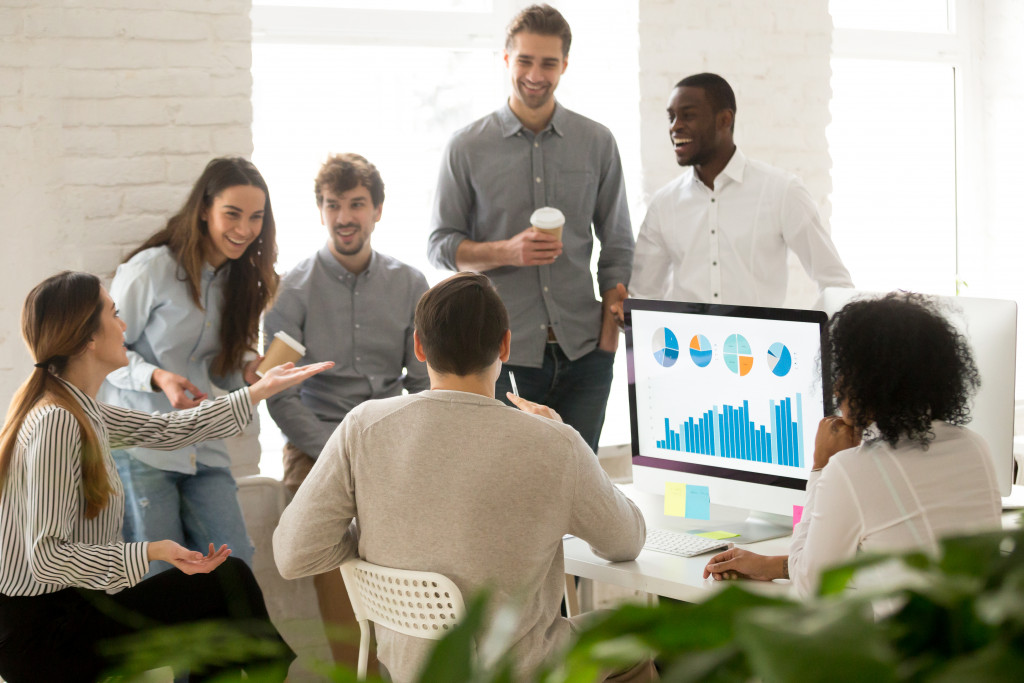 Anything that can topple over, including desks and bookcases, should be bolted securely to the wall. During a strong earthquake, heavy appliances will fall. It can injure employees who are running for cover. After the shaking, it will also delay the evacuation of your team to safety.

Businesses should also consider hiring an engineer who can point out potential problems and offer advice for improvements particularly in the building’s electrical wiring, server racks, and the heating, ventilation, and air conditioning system.

Train Teams Across the Nation

Your staff should undergo intensive training so that they know what to do during “The Big One.” Companies are being urged to organize drills regularly and test out safety procedures in place. All employees should know the safest places to hide when the shaking begins. They also should be aware of all evacuation routes out of the building. Moreover, there should be safety gear available across all parts of the building, including fire extinguishers and first aid kits.

In addition, staff in different locations should be ready to take over. Once the headquarters or another branch experiences a natural disaster, they can continue to run the business and care for the customers.

A catastrophe as severe as “The Big One” will disrupt communication lines, especially immediately after the shaking and the resulting tsunami. People might be able to send an SMS to emergency services or their loved ones.

However, to be sure that you and your team can get help, invest in satellite phones. Unlike smartphones and telephones, satellite phones rely on facilities floating in low orbit which means that they are safe from most catastrophes on Earth.

Employees should also have solar-powered chargers, In most cases, communication technology will only disappear for a while. Once it is back up, people should be able to use their devices to contact emergency services for help and their loved ones to notify them about their situation. Without electricity, they would not be able to charge their smartphones. A solar-powered charger would be a life-saver.

“The Big One” is scary, but even if it does not happen within our lifetimes, there are plenty of other catastrophes that can happen and no one will be able to stop. The best thing to do is to minimize damages and protect the lives of people by being prepared for the worst-case scenarios.