The Future of Fastfood Dining After the Pandemic

When online ordering isn’t that big yet, we would normally drive to a fast-food restaurant to get the fix of our favorites. Though we could always call to have our orders delivered instead, we weren’t really fans of phone calls. Millennials, especially, would rather email or text than dial a phone number. The most convenient ordering method we had back then was the drive-through service.

Fast forward to a few years, third-party delivery apps were born, and online ordering boomed. It prompted Union Bank of Switzerland (UBS) to publish an 82-page report entitled “Is the Kitchen Dead?”, which studied the millennials’ ordering behaviors, and what may happen to delivery sales in the future.

The report, which was published in 2018, predicted that worldwide delivery sales could grow an annual average of over 20% to $365 billion by 2030.

But that didn’t account for the pandemic. And we all know how fast-food chains performed during the lockdowns. The economy may have halted, but that didn’t stop people from ordering fast-food online. To most, eating fast-food meals provided a sense of normalcy during unprecedented times.

Now that we’re in 2021 and a COVID-19 vaccine has been rolled out, will fast-food “dine-in” culture return, though?

Delivery Trends During the Pandemic

Before the pandemic, only fast-food chains normally offered delivery services. Restaurants, especially small, local ones, only accommodated dine-in customers. But when they were forced to forbid dine-in services, they adapted to innovation to keep their revenue coming. 42% of restaurants added delivery services, and 31% stated planning to continue investing in the service.

Grubhub, a third-party delivery app, reported in July that 25,000 new restaurant partners had joined them.

Doordash, another well-known third-party delivery app, had a surge in sales and an increase in market value. One reason for their rapid success was their growth in the suburbs prior to the pandemic. As such, they were pretty much set for the influx of business from people staying at home.

In addition, Doordash retained the largest number of new users during the pandemic. In April and May, more than 70% of new users returned to the app to make second orders, and 14% made four or five transactions.

Despite the success of third-party delivery apps, though, many people still preferred to order directly from a restaurant. That’s because direct ordering doesn’t have additional fees or a minimum number of order requirements, unlike third-party apps.

But overall, delivery orders grew. Grubhub noted that their average order amount during the second quarter of 2020 reached $39, which was a 20% year over year increase. Doordash, on the other hand, also increased in average order amount, reaching $36 from $33.

Dine-in Scenarios After the Lockdowns 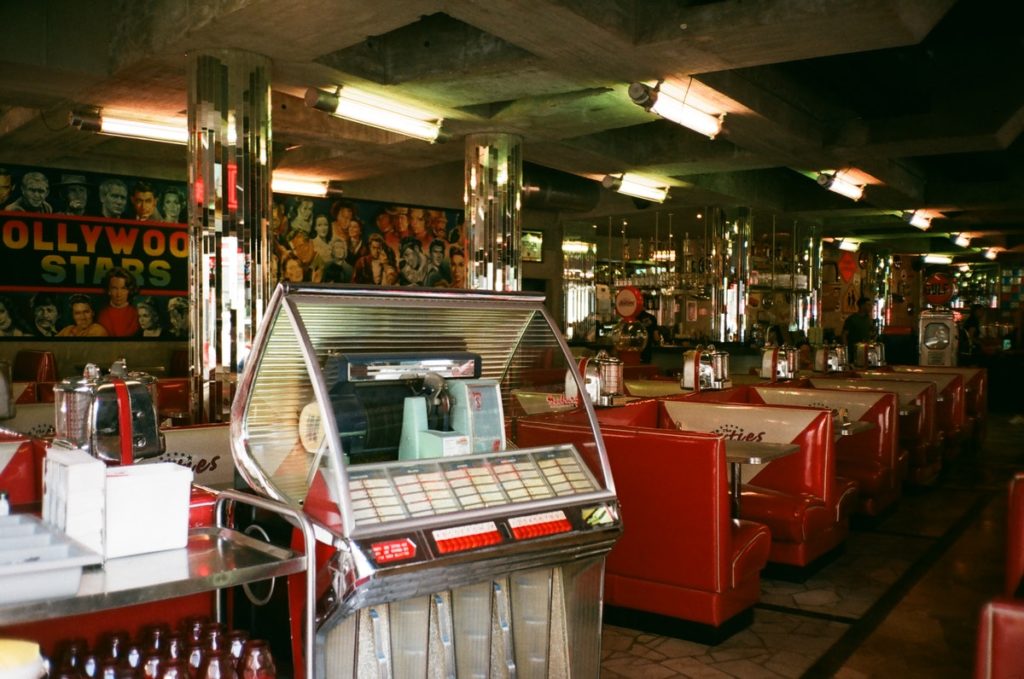 While consumers started eating out at casual diners again, dine-in customers returned considerably slower in fast-food restaurants. The demand for fast-food dining rooms has been “tepid” that some popular fast-food chains will only re-open their dining rooms once the demand recovers. Starbucks, meanwhile, said last June that they were planning to close 400 branches so that they could focus on their takeout and pickup stores.

Burger King adapted to the change by unveiling a prototype, which showed a smaller dining room or no dining room at all. Instead, they built multiple drive-through lanes and limited-contact pickup stations.

According to Restaurant Brands International, Burger King’s parent company, the car and takeout were the biggest service modes. But the global head of design Rapha Abreu asserted that flexibility is important. Their prototype has allowed them to get into more real estate types and fit into more types of markets.

Del Taco is working on a similar prototype as well. In addition, many restaurant executives believe that more real estate will become available as more restaurants close. As such, they’re designing flexible prototypes that will adapt well.

In-house dining may be dying, but it definitely won’t end the life of fast-food chains. Quick-service restaurant (QSR) franchise opportunities are still abundant, indicating that any food business can succeed in these times, as long they are flexible enough.

In UBS’s report, it was also found that takeout meals approaching the cost of home-cooked meals contributed to the rise of takeout orders. If that trend continues, supermarkets and orders in traditional food retail spaces may get hurt. Big food brands may suffer the impact as well.

But again, take note that this report was made in 2018. During the pandemic, though many people ordered food online, many also prepared their own meals at home. If kitchens have been underutilized before the pandemic, they became busier when the lockdowns began. Considering the number of people who learned how to bake, sold home-made pastries and desserts and changed their diets, then maybe traditional dining will be here to stay.

As for fast-foods and restaurants though, it’s best for them to reinvent themselves, and to always be prepared for sudden changes in consumer behavior. COVID-19 might not be the last pandemic in this lifetime, after all, and any other crisis could happen again.