Instances of pavement distress can happen over time as hundreds of cars pass through it each day. If not maintained, these stresses can get compounded. Thus, resulting in visible cracks. Sooner or later, potholes will occur, causing a lot of problems to hundreds of commuters.

Addressing minor issues before they worsen is a practical way to maintain its condition. Even more, fixing minor problems before it turns into potholes are a lot cheaper, too. But what exactly causes these problems, and how do you address them?

There are several reasons why potholes develop on particular roads. One of the reasons is seeping water. When rainwater seeps into the pavement’s cracks, it becomes saturated. That’s because pavements don’t have any way to drain the moisture out. So, it softens the sub-base and the soil underneath. Thus, causing it to get weak.

Similar results happen every time a snow melts. When trapped moisture repeatedly freezes, the ice molecules lifts the pavement and causes it to cracks. Even passing cars even cause the pavement to get weaker, which results in further damages.

As the temperature starts to rise, the moisture will evaporate. Thus, leaving even more void under the pavement. The cycle is likely to continue in the next freeze. This causes to enlarge the gap. Thus, causing even more problems.

Various factors affect a pavement’s longevity. A few of these factors include traffic volume, topography, and vehicle loading. Initial pavement design can affect its durability, too. Maintenance activity and the age of the pavement also affect its life.

Since traffic volume only increases in time, regular checkups of asphalt paving are a must. That’s why sealing the cracks is a crucial part of any maintenance activity. It goes along with the right drainage. That’s because it keeps water away from the pavement. When that happens, effectively stops or delays most distresses. Yet, current weather and traffic conditions can influence the capability to fix the potholes.

Can you stop potholes from forming? 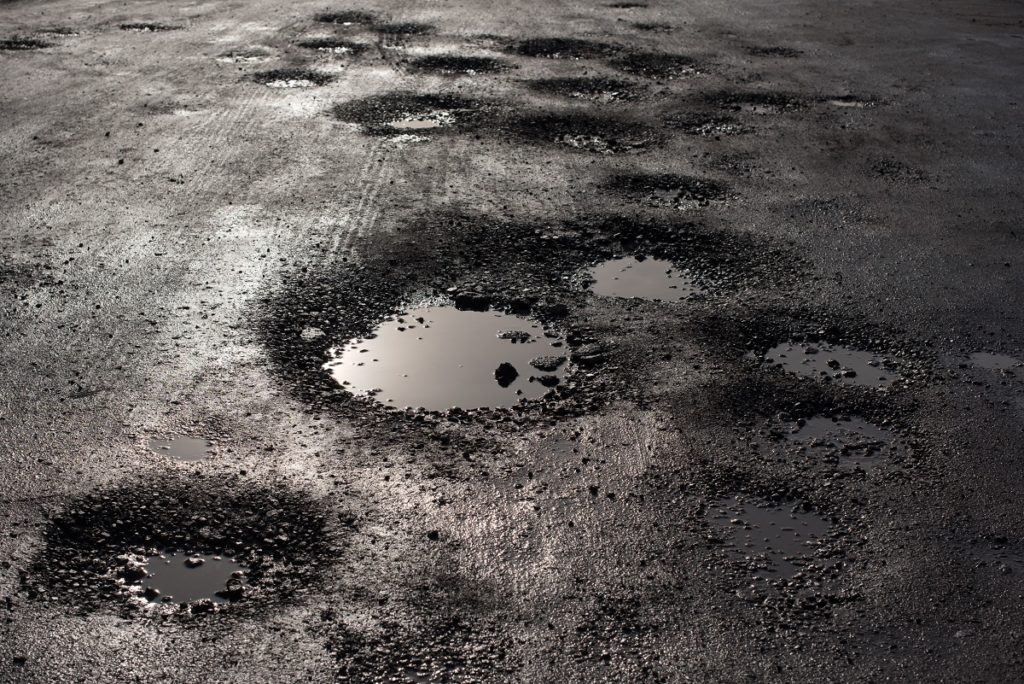 The success of repairing potholes depends on the repair’s timeliness. The materials’ quality and the techniques that experts will use will also determine its effectiveness. Fixing the gaps before it gets any worse can help, too. That’s because it will significantly reduce the costs associated with repairing it.

Professionals usually seal the cracks in areas that are prone to contraction and expansion. Depending on the techniques and materials used, a correctly done crack sealing can last up to eight years. They usually apply a specially prepared hot-poured sealant to fill in the gaps. It’s a mixture of liquid asphalt, asphalt emulsions, and cutbacks.

Timing plays a crucial role in both pothole patching and cracks sealing. That’s why it’s essential to fix the cracks immediately before it gets worse. Waiting until the road is deteriorating will only cost you even more. Look for any visible cracks during inspections. Watching out for any sign of deterioration matters, too. This way, you can act immediately to address the problem.