Before World War I, women rarely held jobs. Most were expected to be homemakers and raise children while their husbands provided for the family.

During the war years, however, the labor shortage in both America and Europe was severe. Many businesses turned to employing women who would work cheaper but still had the same productivity rate as men.

From then on, employers began taking advantage of this new population of educated female workers, offering them better hours with higher pay. Today, about 57 percent of the workforce are women, according to the Bureau of Labor Statistics.

Those who are not holding jobs are likely to be running their businesses. The National Association of Women Business Owners (NAWBO) revealed that females now operate at least 11 million firms in the United States, employing around 9 million people. They also account for almost 40 percent of all privately held companies in the country and generate over 4 percent of the total revenues.

Unfortunately, many women still struggle to either get employment or open a business (more so grow it). One of the reasons is children.

Why Mothers Can’t Leave Their Kids

A 2013 article in Atlantic shared over 40 percent of women with children would eventually leave their jobs. Mothers have a long list of reasons they cannot work full-time or even commit to a job or a business while raising children:

But Parents Have Options 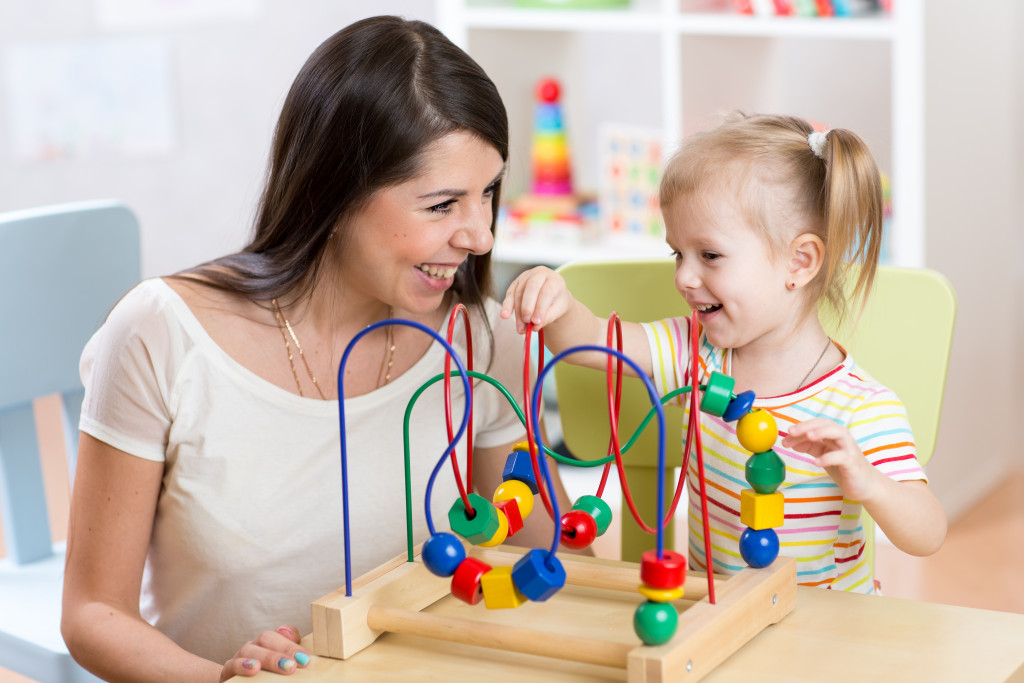 Many parents don’t know, though, that they do have options, especially when it comes to daycare programs and services that make childcare more affordable. A growing number of schools now offer the Early Head Start and Head Start programs.

Early Head Start is ideal for pregnant women and their children below 3 years old. Head Start, meanwhile, is for kids from 3 to 5 years old. However, both are federally funded programs for low-income families that promote school readiness for kids while encouraging parents to participate in many ways.

The Early Head Start program, moreover, will reduce gaps in development between children from different backgrounds. This program also provides a better foundation for a child’s educational future and work opportunities.

It provides a family support system, which helps parents create routines and skills to help their children thrive. This can lead further into other community resources such as public schools and daycare settings later on in life.

Children as young as 2 years old will already show signs of socialization. They enjoy playing with kids or sharing the same toys. The Early Head Start program can expand their social circle by allowing them to mingle with kids from different backgrounds and collaborate with adults, such as teachers.

The program also ensures that the parents receive the best help in providing a healthy environment for the kids through wellness visits and nutrition counseling.

It allows eligible working parents to write off as much as 50 percent of their $8,000 childcare expenses (good for two children) under the American Rescue Plan. They can receive the credit as a reduction to their tax liability or a refund. Either way, families will have more for childcare.

If the plan of the Biden Administration pushes through, by 2025, universal education will be available for pre-K students or kids between 3 and 4 years old. Parents can also take advantage of expanded tax credit by then that childcare expenses won’t make up over 7 percent of the family’s income.

Reality bites, they say. Juggling various responsibilities as mothers isn’t easy. Childcare is getting more expensive. But opportunities that make child-rearing more affordable and easier are also here, ready for the taking.